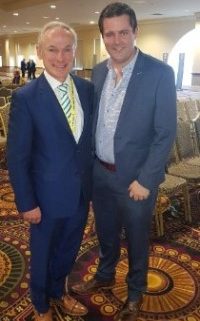 IrBEA CEO Seán Finan recently met informally with the Minister for Communications, Climate Action and Environment, Richard Bruton T.D. He briefed the Minister on the work of IrBEA and the urgent need to fully open the SSRH scheme. This informal meeting following a formal meeting on the SSRH scheme which took place recently between IrBEA and senior officials from the Heat policy division within the Department of Communication, Climate Action and Environment. This meeting was attended by Sean Finan CEO, Des O’Toole President and Paddy Phelan Vice President. The Department confirmed at the meeting that they expect to open the full SSRH scheme by the end of the year. IrBEA continues to lobby at all levels for the full opening of the SSRH scheme.