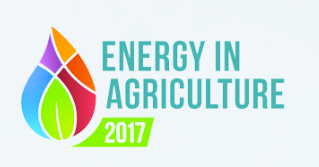 A lot of IrBEA members attended the Energy in Agriculture event in Tipperary last week. IrBEA had a stand which focused on promoting the forthcoming National Bioenergy Conference – Bioenergy Future Ireland 2018, together with our conference partners Box Media we talked to a lot of attendees and exhibitors who expressed a keen interest in participating at IrBEA conference, indeed many signed up.  IrBEA also had a stand promoting  the Wood Fuel Quality and Assurance scheme. The WFQA was one of the positive elements discussed in Frank Groome’s (DCCAE) talk on the mechanics of the RHI, he discussed the inclusion of fuel quality standards and sustainability criteria. Results of the consultation showed 82% in favour of the Wood Fuel Quality Assurance Scheme. IrBEA administers the WFQA which is an industry quality standard (EN 17225) used by members to deliver sustainable quality biomass and firewood to energy markets. The WFQA is also supported by the Department of Agriculture, Food and the Marine. Check out the WFQA website for more details www.wfqa.org

Speaking at the event Minister Naughten said that there are huge opportunities out there in the energy sector for farmers and landowners. He said that proposals for a Renewable Heat Incentive (RHI) Scheme will be brought to government in September. He said he was determined to make sure the RHI benefits local farmers. The Minister expects to be making a series of announcements between now and the National Ploughing Championships. Further press reviews of the day can been seen at Agriland and Teagasc