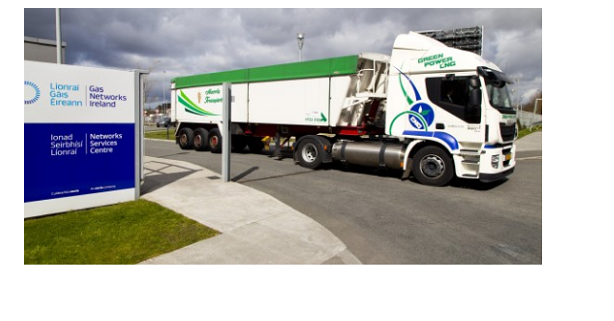 The development of 70 compressed natural gas filling stations in Ireland to service trucks, vans and buses has been announced. The network will be provided under the European Causeway Project, and establishing it will be overseen by scientists at NUI Galway and Gas Networks Ireland (GNI). Use of compressed natural gas is increasing being adopted for heavier modes of transport, and comes with green credentials – notably low carbon emissions – and cheaper running costs compared to traditional fossil fuels such as diesel. NUIG will monitor the project, and its research will be fed back to gas operators throughout Europe, and assist in development of similar projects across the continent. The €25 million Causeway project, which supports green energy development, has received €6.5 million in co-funding from the European Commission. View Irish Times article here
https://www.irbea.org/wp-content/uploads/2018/01/GNI.png 411 614 demoirbea2015 /wp-content/uploads/2015/10/irbea1-300x119.png demoirbea20152018-01-23 12:30:202018-01-23 12:37:03A Network of 70 Compressed Natural Gas Filling Stations Announced for Ireland